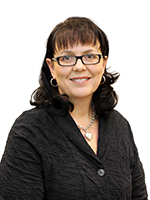 The fall 2015 We’re Listening report was published in early January 2016 and considered by Council in February. There was a significant number of legislative changes put forward, and I know Council appreciated the views and opinions that were shared on each proposed legislative change. We are listening, and a solid discussion about what we’ve heard led to Council’s endorsement to the recommendations with two minor revisions.

Thank you to the more than 2,400 Members who took the time out of their busy day to get involved. As the largest professional self-regulator in Alberta, we are committed to serving the public by demonstrating leadership in this important endeavour.

Together, we will put forward solutions to the Government of Alberta that will create a more robust Act to regulate the engineering and geoscience professions in Alberta in the future.

CHANGES REGARDING ORDERS, FINES, AND COSTS

FORMALIZING THE MOBILITY OF DISCIPLINE DECISIONS

AUTHORITY OF THE REGISTRAR