About The Legislative Review

APEGA is reviewing the Engineering and Geoscience Professions Act and General Regulation, to ensure that it continues to protect the public interest and reflect business practices in the industry today.

In 2014, as one of the province’s largest self-regulating professions, the Government of Alberta asked APEGA to review the legislation and APEGA welcomed the opportunity to look at the legislation which forms the day-to-day practice as a Professional Engineer or Geoscientist.

The reality is that a lot has changed since the legislation received its last major update in 1981.

To date, over 6,000 Members and Permit Holders have contributed to the process by providing valuable feedback on proposed recommended changes since the consultations began in May 2015. 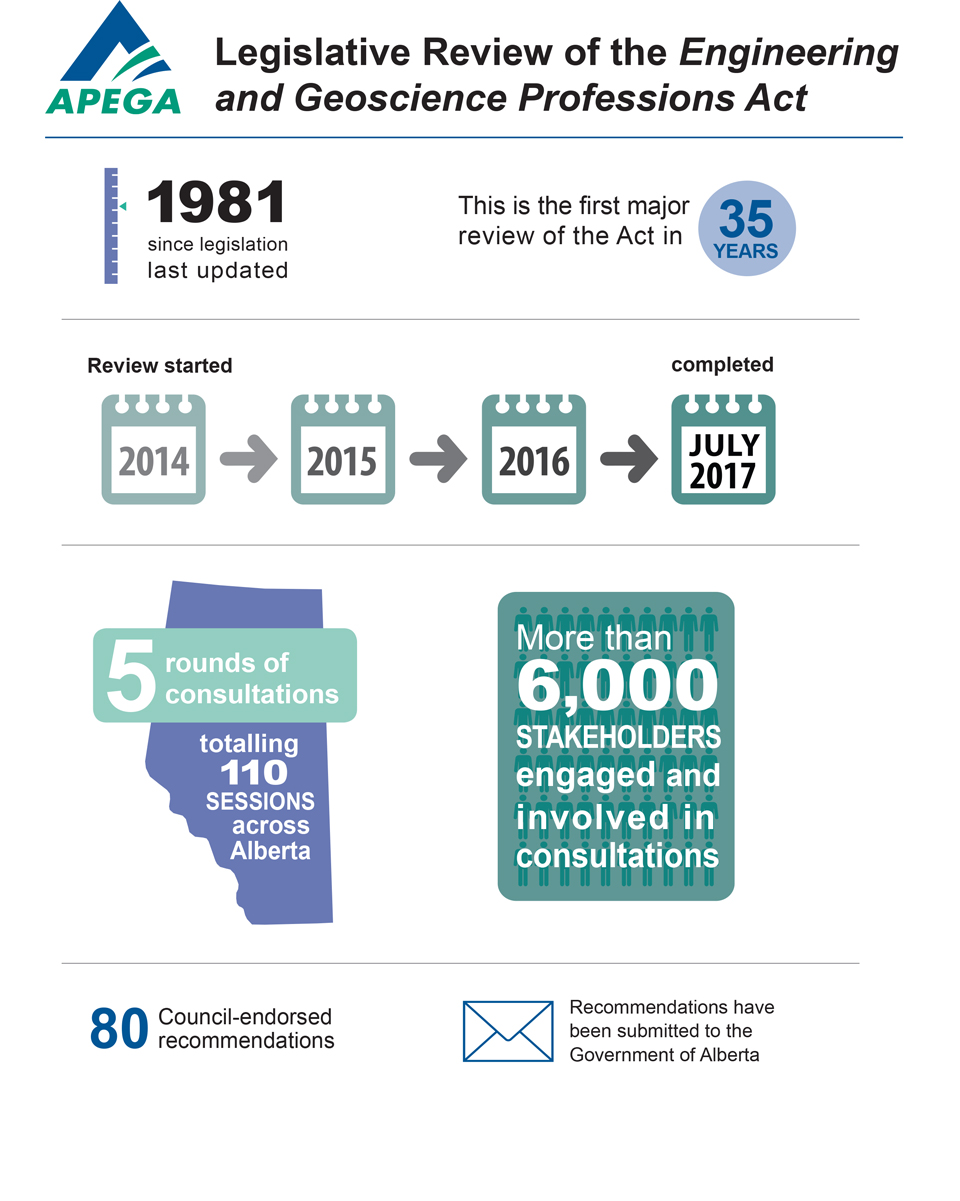